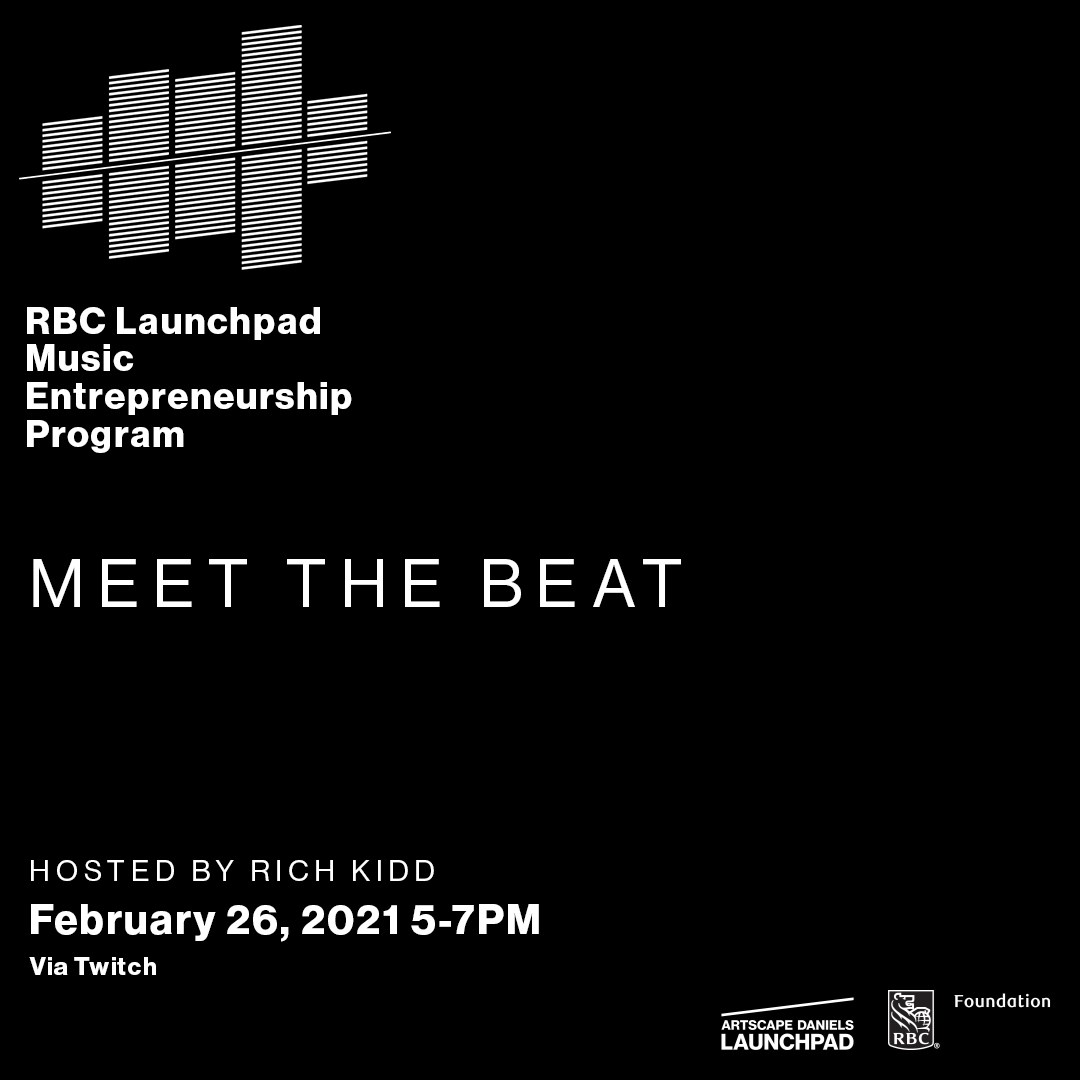 "Meet The Beat" is a Twitch live show led by Rich Kidd featuring local and international prominent music industry and community guests. In every episode, the guest and Rich discuss their experiences in the music industry, current issues in their communities, and technical aspects of music production.

Meet The Beat is a two-hour-long live-streamed discussion/workshop based on music production hosted by Juno Award-winning producer, Rich Kidd. This session features Rich Kidd talking about production techniques, software, hardware, songwriting, the business of selling products, and everything else surrounding the world of composing popular music. Occasionally a special guest will join the chat for an interview, beat playing segment, and Q & A from our digital audience.

Join the free live stream live on Twitch on Fridays at 5 PM. Follow the link to attend: https://www.twitch.tv/meetthebeatto

Photographs and/or video will be taken at this event. By taking part in this event you grant the event organizers full rights to use the images resulting from the photography/video filming, and any reproductions or adaptations of the images for fundraising, publicity, or other purposes to help achieve the group’s aims. This might include (but is not limited to), the right to use them in their printed and online publicity, social media, press releases, and funding applications. If you do not wish to be photographed please inform an event organizer.